An extension is a workflow integration mechanism for the Control Center (CC). It aims to facilitate integration with external systems at key pre-determined points in the registration and authentication lifecycle.

For example, once the user is successfully registered, we might want to update the user record in an external system. We can write an extension which receives a registration callback and calls out to the external system

An extension is not an external process. It is a Java .jar which runs in process with the CC and is managed via the CC UI. This eliminates the need to manage separate processes.

Each extension is uniquely identified by a ExtensionId. The CC manages extensions at a global level. Once an extension is deployed, it may be associated with one or more RPApplication via the CC web UI.

Upon execution, an extension method can: 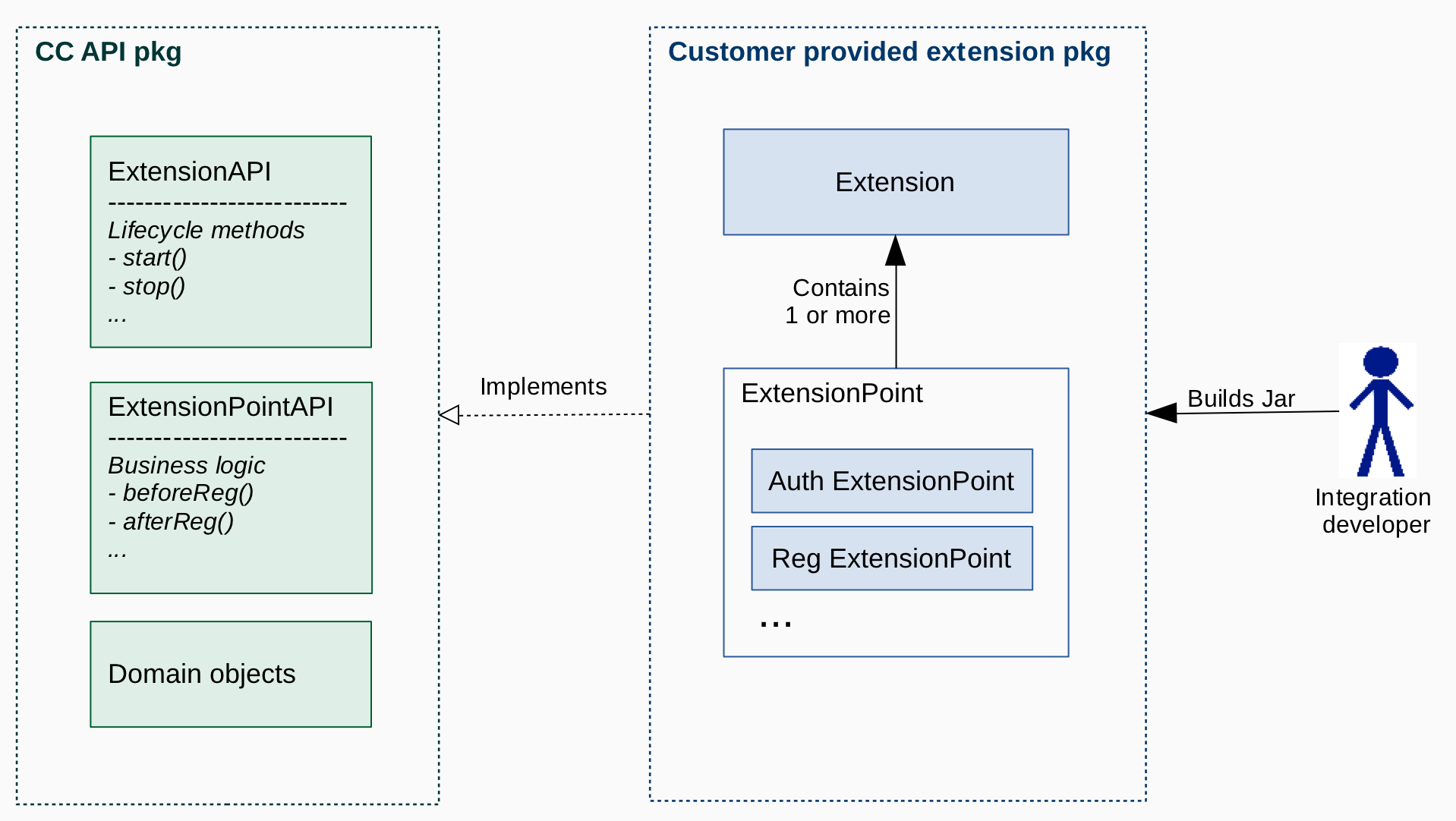